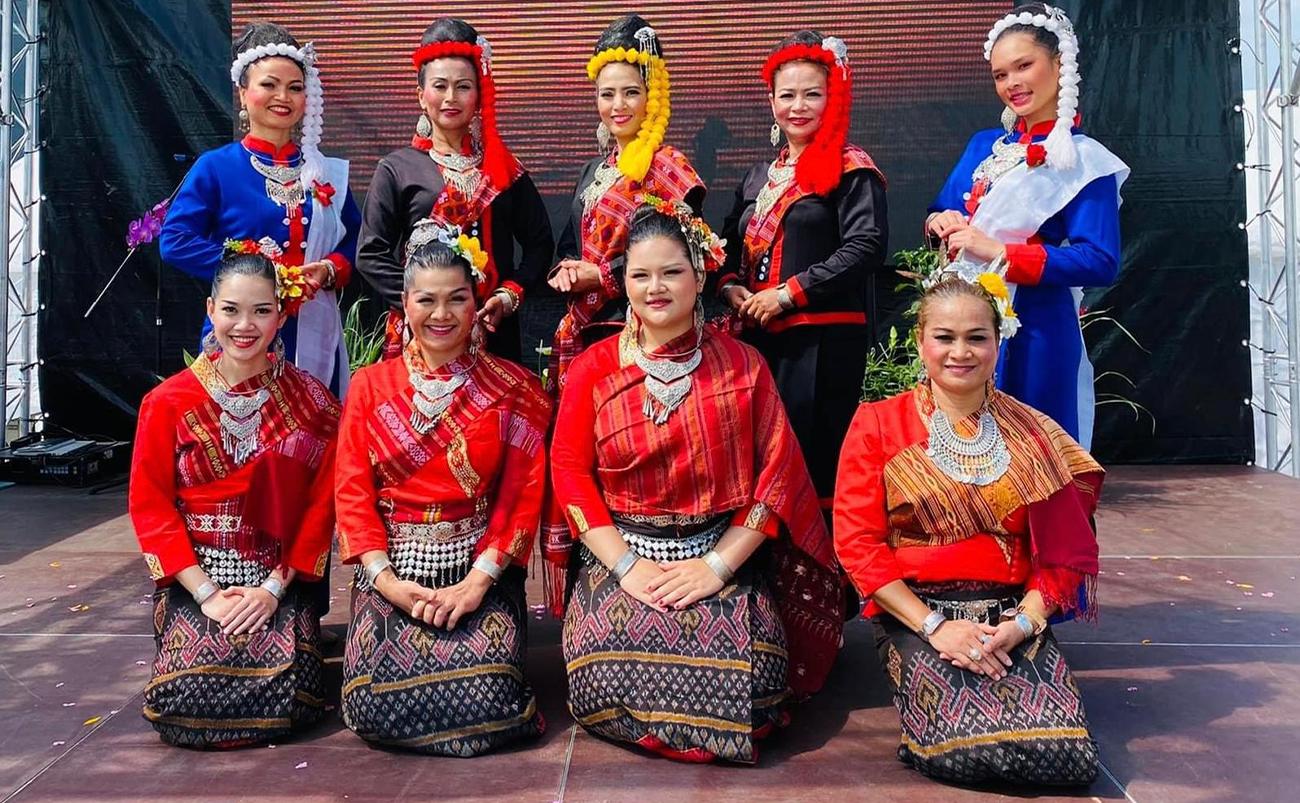 I–San Sanook Sanaan, or The Fun of I-San, is a series of folk dances originating from the northeastern region of Thailand. These dances are typically performed by young people dressed in traditional costumes on festive occasions as a celebration after harvesting or having a successful endeavour such as hunting or farming. The dance features quick and harmonious movements and is often accompanied by the sound of drums, khaen sang, krap, and ponglang.