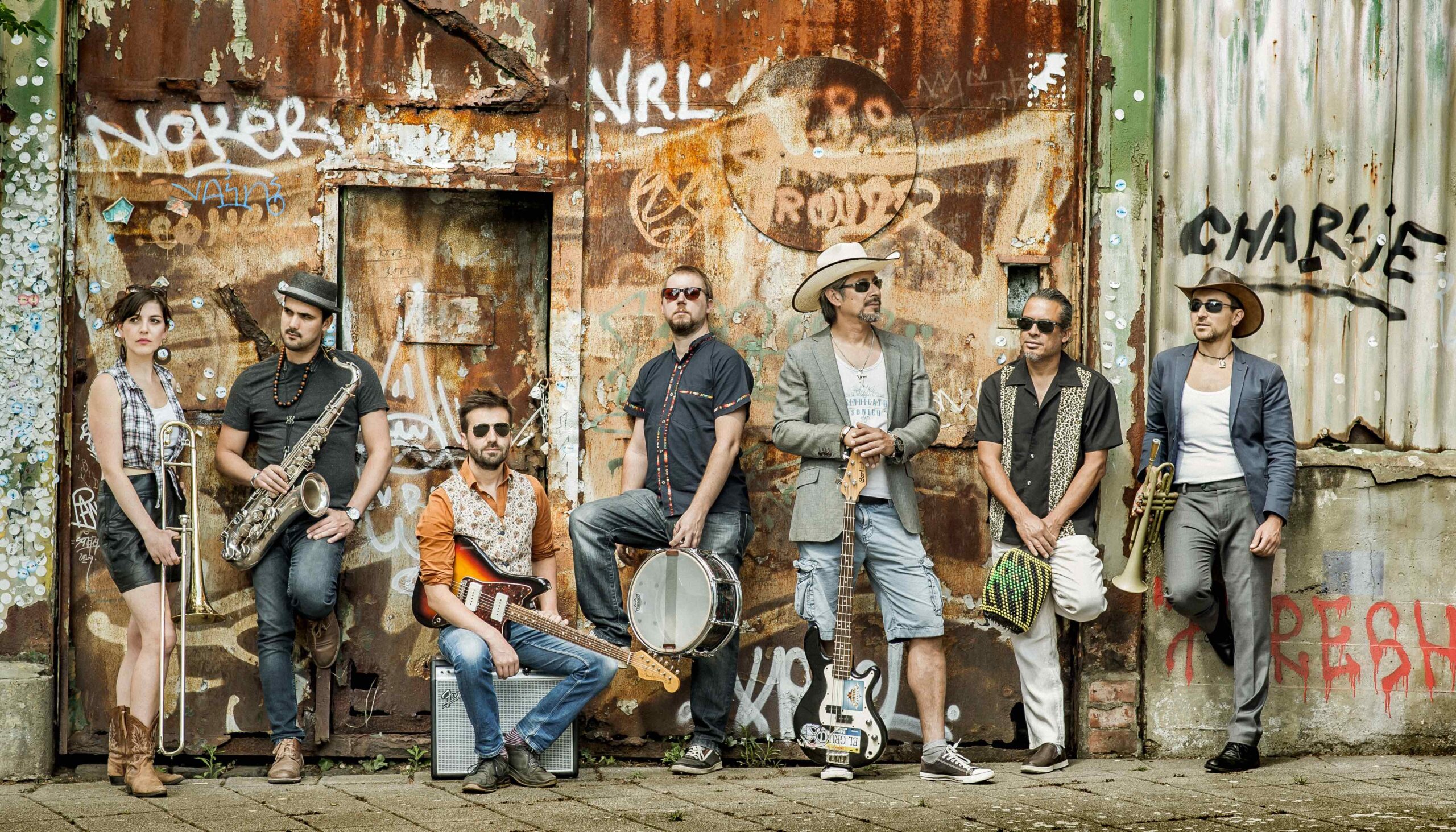 The sound of Sindicato Sonico can be simply explained as FIESTA MUSIC. The eight musicians come from a broad background of Latin American countries like Mexico, Bolivia, Chili, Columbia and Cuba. Each band member smuggled out their Latin American roots and culture and created a band with a distinct style. They describe themselves as a “Latin crossover group”. What can’t be missed on stage are the sexy moves between rhythmic sounds of Mariachi-Cumbia-Salsa mixed with Funk, Ska and Rock. Throw in some Dance and now you will begin to understand why Sindicato Sonico are one of the few bands that are welcomed back to where they played before. One example was Mano Mundo 2005 where they won the M³-competition and were called out as the sensation of the festival.