In 2015 the band Con Brio was part of the participation of the embassy of the United States of America during this year’s Embassy Festival. Named after an Italian musical direction meaning with spirit, Con Brio is a San Francisco Bay Area seven-piece that plays energetic soul, psych-rock and R&B that’s as fresh and freethinking as the place they call home. With charismatic singer Ziek McCarter bringing “the dance moves, splits and all, of James Brown” (KQED) and a tight, veteran band that “comes across like a party punk version of Sly and the Family Stone” (Consequence of Sound), Con Brio is known to convert anyone who sees their electric live show. 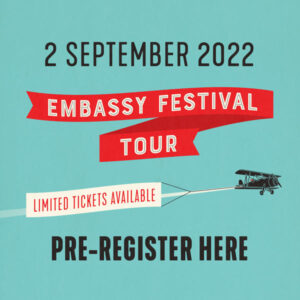