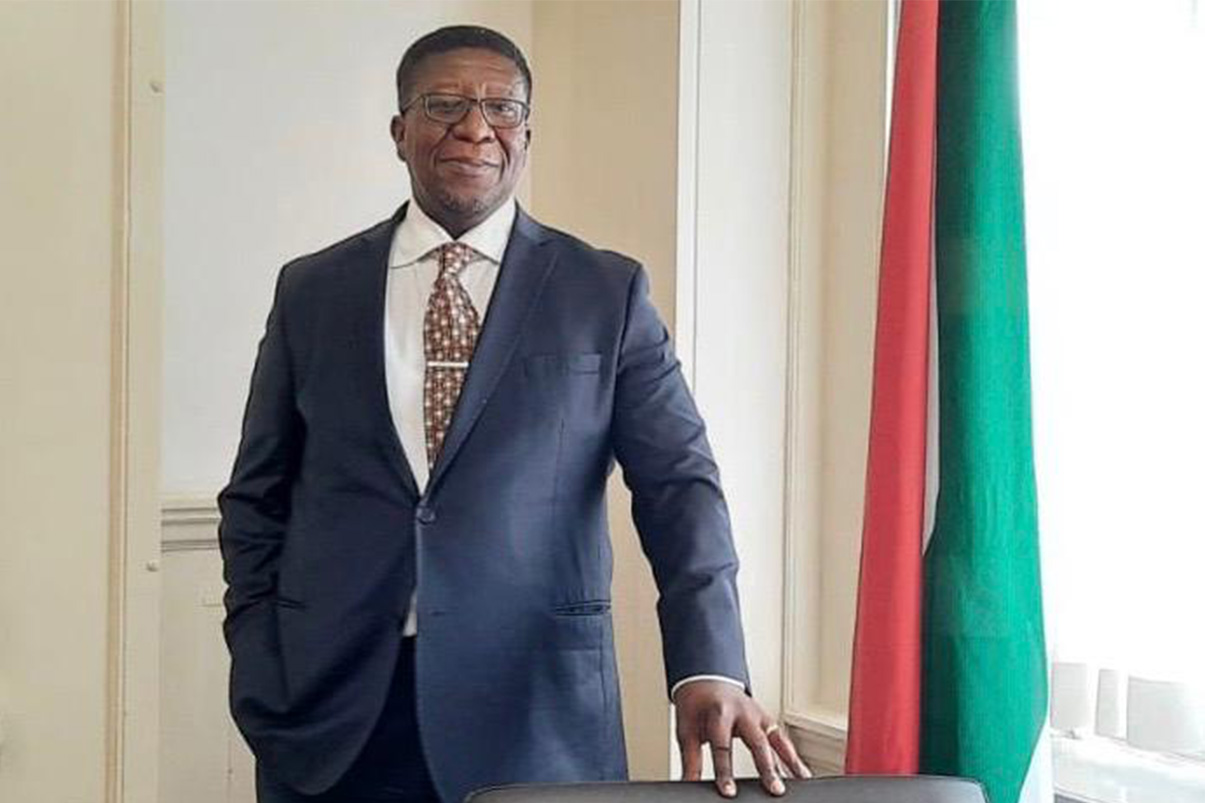 South Africa has been a loyal participant of the Embassy Festival for many years. We were allowed to talk to H.E. Ambassador Vusi Madonsela

Thank you so much for doing the interview with us! Where are you from and how long have you been living here in the Netherlands?

What have you heard about the Embassy Festival?

The Embassy Festival has a very good reputation and I was quite excited to attend the event this year. Our Embassy has participated in the Festival for a number of years and I understand that it is one of the highlights in our calendar. From the pictures and stories, I can tell that the event is a melting pot of cultures! I am told that the South African stand is known to attract a dancing crowd because of the South African music. This year, I look forward to the alternative Embassy Festival which will undoubtedly be a memorable one.

What do you hope people notice or take away when they visit South Africa?

I hope they get a sense of how unique South Africa is – our most cherished asset is our people. We are a diverse nation of many cultures, languages and traditions, expressed in our cuisine and music. Did you know that our Constitution recognises 11 official languages? South Africa is a world in one country. Endowed with natural beauty, it has valleys, mountains, forests, deserts, coastlines, and grassy savannahs – as diverse as her people!

At the Embassy festival, we celebrate unique and inspiring traditions and experiences that the participating countries offer. Could you please elaborate on some of your customs and traditions people might not be familiar with, but would you like to share, something that is typical of your country?

South Africans are very social and hospitable, and love to gather around food. Celebrations such as weddings and funerals are attended by the community, and anyone is allowed to join the celebrations. We sing and dance, whether we are happy or sad. 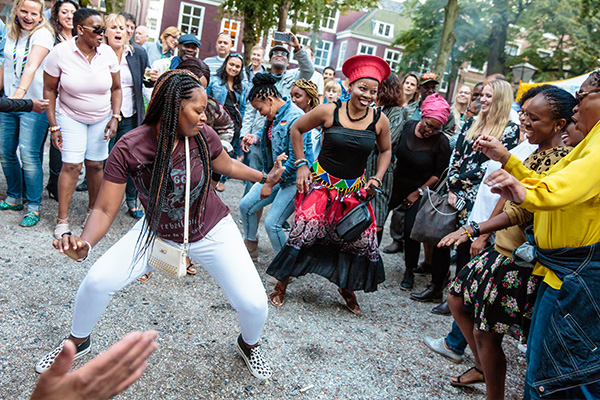 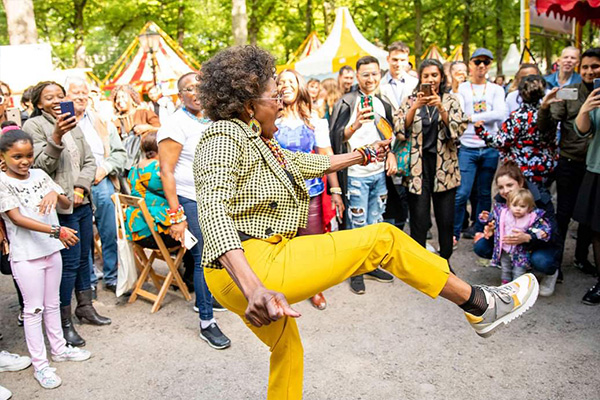 ‘Did you know that our Constitution recognises 11 official languages? South Africa is a world in one country.’

Did you know that a traffic light in South Africa is called a Robot?

Did you know that in Zulu culture when you greet the King you need to bow down and not see his face until he has passed you?

Did you know that we call a fuel station a garage?

Did you know that deep family relations in South Africa are founded on clan names and totems?

Cycling, kissing three times on the cheek, having breakfast with bread and cheese or hagelslag are some of the traits in which you could recognize Dutch traditions or customs in day to day life. Are there particular traits that you have, that would be easily recognizable, linked to your culture?

We have a unique way of greeting. We always greet and ask ‘how are you’? A greeting is almost always accompanied by a special handshake (in the pre-Covid-19 times) or gesture which indicates respect, especially when greeting the elderly. Because we have a number of languages in our country (I speak all 11 languages), we are known to mix many languages in one sentence sometimes! We love to braai (barbeque) all kinds of food and the time around the fire is spent catching up with family, friends and to relax.

Following on that question, are there any Dutch customs that you’ve taken on yourself? Do you cycle everywhere, and have you tried hagelslag or stamppot?

Without a doubt…Hollandse Nieuwe! On my first attempt I did my best to eat it the proper way, with some onions and by holding it up by the tail. This is a Dutch delicacy I will certainly continue to enjoy during my time here.

What were things that surprised you when you moved to the Netherlands, regarding Dutch culture?

I find the culture to be open, honest and welcoming. It goes without saying that the cycle culture stands out – I quite enjoy seeing young and old on their bicycles, going about their daily routines. This is something that is quite different from home.

If people would like to hear music, typical of your country, what would you recommend they listen?

We have a few typical music genres in South Africa owing to our diverse heritage. We are lucky to have a number of internationally renowned artists which makes this a rather difficult question! I will have to cheat by recommending the following three which demonstrates the diversity of our country’s music:

Hugh Masekela “Live at the Market Theatre”: Since 1954, Masekela played music that protested apartheid, slavery, government and spoke of the hardships that many faced. Today, he is still regarded among the world’s finest jazz practitioners.

Die Antwoord ‘Ten$ion’: A popular band, also in the Netherlands as they mix techno beats, with other eclectic rhythms and rap in a mix of Afrikaans and English.

Master KG – Jerusalema: The Jerusalema song has taken the world by storm this summer. It is being played on European radio stations, at weddings and gatherings. The beat and accompanying dance is typical South African.

‘South Africans have a zest for life.’

One of the best ways to get to know a different culture is through its food. Could you tell us about a signature dish from your country, that you would recommend people try, to get a sense of your country? And what is it that makes this dish special and typical of your country’s culture?

Pap is a South African staple dish. It is prepared as porridge from Maize flour just cooked in water, with a bit of salt and served either a delicious well prepared vegetable or meat or both. South Africa is also blessed with an array of vegetables and various forms of wild spinach and fruit, most of which are very rich in nutritional content.

What makes you most proud when you think of South Africa?

South Africans have a zest for life. We love spending time with our family and friends, with good food and music. We are a hospitable and welcoming people and love to laugh and make guests feel at home.

How are you participating with the Embassy Festival this year?

The dish we have added to the recipe book is a well-known South African dish called the Bobotie, consisting of spiced minced meat baked with an egg-based topping. The origin of Bobotie is a little vague, it is thought that the original recipe came from Indonesia.  It is believed that the Dutch settlers were the first people to bring the Bobotie recipe to South Africa where the Cape Malay community adopted this dish.  The dish has been known in the Cape of Good Hope since the 17th.