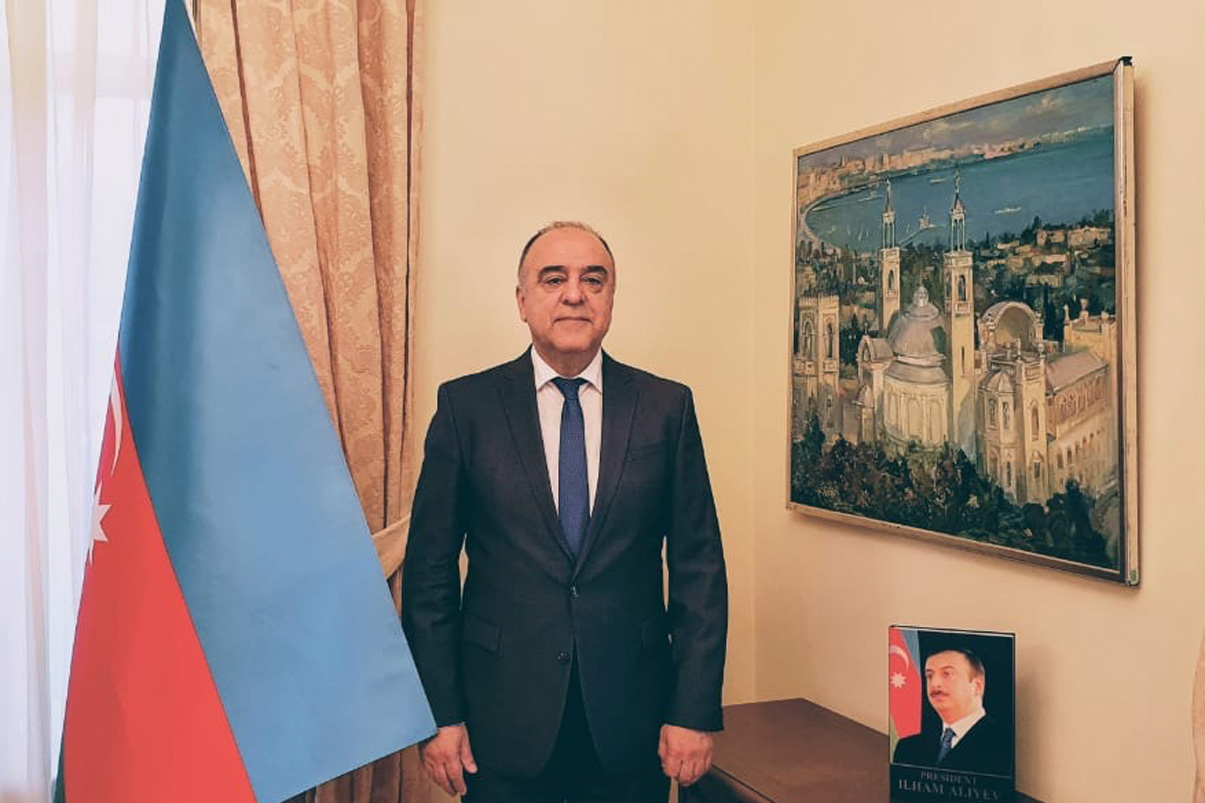 Azerbaijan has been a loyal participant of the Embassy Festival . Ambassador Fikrat Akhundov has kindly agreed to talk to us about Azerbaijan, their customs, traditions, values, food and the Netherlands.

Thank you so much for doing the interview with us! Have you lived in the Netherlands long and where have you lived previously?

I am from the Land of Fire – Azerbaijan. I have lived in the Netherlands for more than 6 months at this point. I was born in former USSR and had my higher education in that land. After that I lived and began my profession career in independent Azerbaijan. I also lived and worked in Austria, Germany and Bulgaria.

What do you hope people notice, know and learn about Azerbaijan?

At the Embassy Festival, we celebrate unique and inspiring traditions and experiences that the participating countries offer. Could you please tell us about some of your customs and traditions people might not be familiar with, something that is typical of your country?

Every spring, on March 20-21 we celebrate “Novruz” holiday, which is considered as the beginning of the New Year. This is an old tradition which dates back B.C. It is celebrated also in many countries, from east to west, from Afghanistan until Balkans. The whole celebration actually starts 4 weeks in advance. We celebrate every Tuesday leading to Novruz, for a duration of 4 weeks. Each Tuesday is dedicated to a celebration of awakening of an element: water, fire, wind and earth. It symbolizes how the nature wakes up from winter and greets spring. During the  “Novruz” festivities, we serve delicacies of Azerbaijani cuisine, such as pilaff and special pastries like shakarbura, pakhlava and shorgoghal. Children paint eggs and then compete with each-other to see whose egg will break the last. It is customary to visit family members, relatives and friends, as well as commemorate the dead ones. There are a lot of traditions related to Novruz and some of them are very similar with the Netherlands. For instance, during the Earth Tuesday, we jump over a bonfire. The belief behind this tradition is simple:  when you jump over the fire, you leave all the bad luck of previous year behind.  This tradition came from Zoroastrianism, the first religion of Azerbaijanis. Here in the Netherlands, people make big bonfires in the New Year. So, all in all, the Dutch and Azerbaijani cultures are similar in a way. 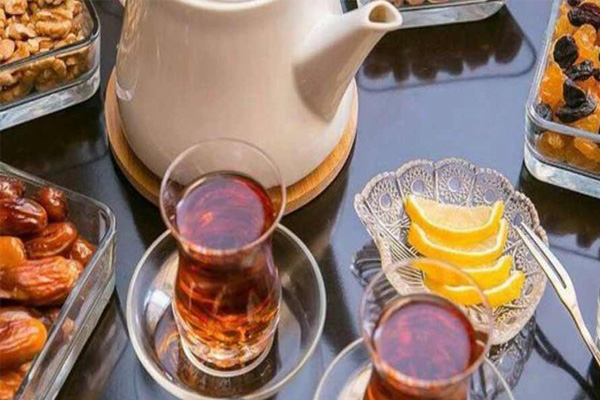 Let’s start with the fact that, Azerbaijan is the first country in the Eastern World granting voting right to women in 1918, well in advance many European and western countries in the world. It is a testament how Azerbaijan was loyal to democratic traditions even a century ago. Another interesting fact is that Azerbaijan hosts the world’s biggest number of mud volcanoes. You can find more than 400 mud volcanoes spread in Absheron peninsula in Azerbaijan. Mud volcanoes are very therapeutical and are used intensively in health tourism. Also, in Baku you can find Ateshgah –  Zoroastrian fire temple, Yanardag – Burning Mountain (it burns naturally all year round from the natural gasses seeping from its subsurface), Maiden Tower – unique and enigmatic structure within the Old City. Maiden Tower, as well as Old City are also in the World Cultural Heritage list of UNESCO.

Cycling, kissing three times on the cheek, break with cheese of hagelslag; these are recognisable as Dutch traditions and customs. What are Azerbaijani customs and traditions, you would encounter in day-to-day life?

I think our tea culture is very remarkable. Due to our hospitality, we offer black aromatic tea in beautiful pear-shaped glasses, with a slice of lemon. Tea is accompanied with a variety of jams and preserves, different nuts and special dried fruit. We drink hot tea all year long, five-six times a day.

Following on that question, are there any Dutch customs that you’ve taken on yourself?

One of the beautiful things of being a diplomat is the chance to experience different cultures so closely. I like getting to know the Netherlands, its tradition, history and culture. Even though, I have been here for a short time, I like to explore the Dutch countryside and landscape by bike.

What music would you recommend people listen, if they’d like to experience Azerbaijani music?

Traditional and unique Azerbaijani music is called mugham. In 2003, UNESCO has acknowledged the authenticity, richness and cultural significance of mugham both in national and global culture and in 2003 announced it as a “Masterpiece of Oral and Intangible Cultural Heritage of Humanity”. For traditional mugham, Alim Gasimov would be a perfect source. In Azerbaijan there is also a unique synthesis of mugham and Azerbaijani jazz. Vagif Mustafazade and his daughter Aziza Mustafazade are very famous in this synthesis.

‘I was positively surprised to see that the Dutch people cycle even when it is snowing and raining hard, sometimes with children in the front and back.’

One of the best ways to get to know a different culture is through its food. Could you tell us about a signature dish from your country, that you would recommend people try, to get a sense of your country?

Azerbaijani cuisine is very rich and old, its cuisine traditions are passed from one generation to another. We like to eat and to share. For example, we have almost 100 types of different pilaff styles, different kababs and dishes. My favorite dish is stuffed aubergine, bell pepper and tomato, which we call  “badimcan dolmasi” (In Azerbaijani “stuffed aubergine”). It is a beautiful spring and summer dish, where aubergine, tomatoes and bell peppers are stuffed with minced beef, greens, rice and different herbs. It is simply delicious and juicy. I also like different fish dishes, because my favorite city Baku – capital of Azerbaijan is located on the shore of Caspian Sea, where there are unique fish and caviar varieties.

What surprised you when you moved to the Netherlands, regarding Dutch culture?

I was positively surprised to see that the Dutch people cycle even when it is snowing and raining hard, sometimes with children in the front and back.

What makes you proud, when you think about Azerbaijan?

I am proud of ancient history and beauty of Azerbaijan, its tradition, music and art.  I am very proud that Azerbaijan’s peaceful people have conserved our cultural heritage throughout the history. Azerbaijan is located at the crossroads of East and West, as well as in the juncture of Islam, Christianity and Jewism. Eastern culture has been intertwined here with the Western lifestyle and I find this very remarkable. We have in Azerbaijan harmony of old and new architecture. A beautiful example of this harmony is Baku. You can see medieval and ancient Baku within the fortified walls of Old City; and the modern vibrant Baku – outside the walls of the Old City. Not surprisingly, Old City, together with its Maiden Tower and Shirvanshah’s Palace Ensemble, was included in the World Cultural Heritage list of UNESCO in 2000. Thus, 2020 is also the 20 year anniversary of the celebration of this history. 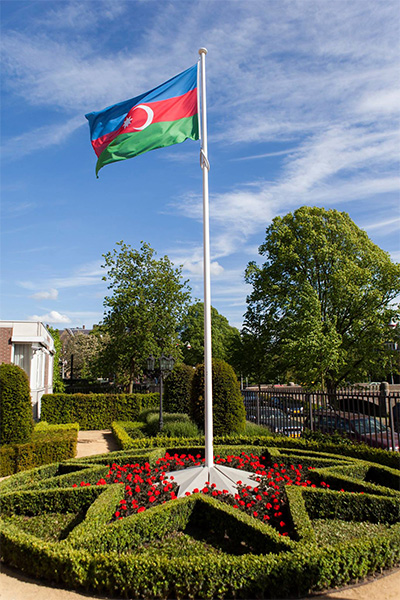 Can you tell us a little about the dish your country has added to the recipe book/ or product for the box?

This year we are participating with a variety of activities: You can find Azerbaijani products such as white and red “Savalan” wine and dried fruits in the Embassy box. Also, we have shared some recipes for beautiful dishes from Azerbaijani cuisine; “Shah pilaff” (king pilaff) and kutab. “Shah pilaff” signifies the king of rice dishes. It is served during the most important occasions, such as weddings and celebrations. Kutab is a flatbread, filled with a variety of ingredients, but most notably with meat and pomegranate seeds, greens or pumpkin. It is a delicious food to eat as appetizer.

I am looking forward to trying different cuisines and cultures. I think Embassy Festival is a great opportunity for that.